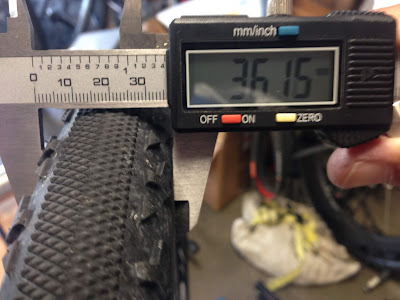 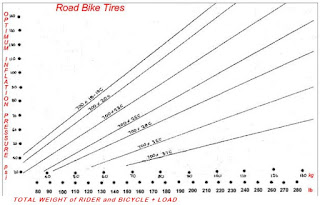 Quite a long time ago, after discussing the subject with tire engineers, Frank Berto took on the task of measuring a range of tire sizes to determine the pressure required to result in a 15% deflection of the tire casing for a given load. The assumption was that this deflection point resulted in a consistent performance for a given tire size and load...and, if anything, was at least a good "starting point" for determining a preferred pressure. The results of those tests are shown in the chart by Berto above.